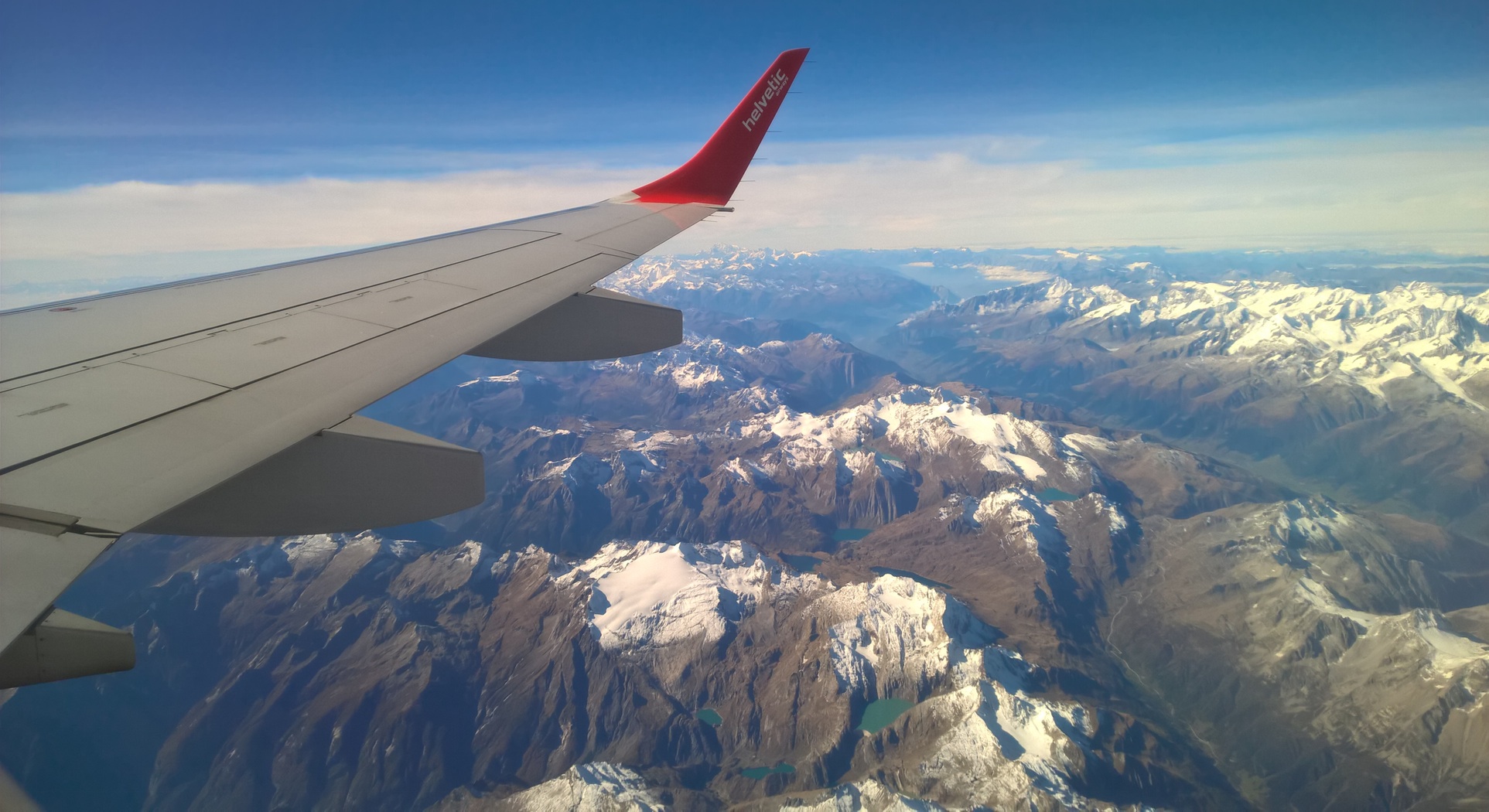 {"items":["0e91725eac364b44816fd00630489c57.jpeg","07bc9e440cbb4372aff886c17fc6de26.jpg"],"styles":{"galleryType":"Strips","groupSize":1,"showArrows":false,"cubeImages":true,"cubeType":"fill","cubeRatio":"100%/100%","isVertical":false,"gallerySize":300,"collageDensity":0.8,"groupTypes":"1","oneRow":true,"imageMargin":0,"galleryMargin":0,"floatingImages":0,"chooseBestGroup":true,"smartCrop":false,"hasThumbnails":false,"enableScroll":true,"isGrid":false,"isSlider":false,"isColumns":false,"isSlideshow":false,"cropOnlyFill":false,"fixedColumns":0,"enableInfiniteScroll":true,"isRTL":false,"minItemSize":120,"rotatingGroupTypes":"","rotatingCubeRatio":"","gallerySliderImageRatio":1.7777777777777777,"numberOfImagesPerRow":"2","numberOfImagesPerCol":1,"groupsPerStrip":0,"borderRadius":0,"boxShadow":0,"gridStyle":1,"mobilePanorama":false,"placeGroupsLtr":false,"viewMode":"preview","thumbnailSpacings":0,"galleryThumbnailsAlignment":"bottom","isMasonry":false,"isAutoSlideshow":false,"slideshowLoop":false,"autoSlideshowInterval":4,"useCustomButton":false,"bottomInfoHeight":0,"titlePlacement":"SHOW_ON_HOVER","galleryHorizontalAlign":"center","galleryTextAlign":"center","galleryVerticalAlign":"center","scrollSnap":true,"itemClick":"link","fullscreen":false,"allowSocial":false,"allowDownload":false,"allowTitle":true,"allowDescription":false,"loveButton":false,"loveCounter":false,"videoPlay":"onClick","scrollAnimation":"NO_EFFECT","scrollDirection":1,"overlayAnimation":"NO_EFFECT","arrowsPosition":0,"arrowsSize":23,"watermarkOpacity":40,"watermarkSize":40,"useWatermark":true,"watermarkDock":{"top":"auto","left":"auto","right":0,"bottom":0,"transform":"translate3d(0,0,0)"},"loadMoreAmount":"all","defaultShowInfoExpand":1,"allowTitleExpand":true,"allowDescriptionExpand":true,"allowLinkExpand":true,"expandInfoPosition":0,"allowFullscreenExpand":true,"fullscreenLoop":false,"galleryAlignExpand":"left","addToCartBorderWidth":1,"addToCartButtonText":"","slideshowInfoSize":200,"playButtonForAutoSlideShow":false,"allowSlideshowCounter":false,"hoveringBehaviour":"APPEARS","thumbnailSize":120,"magicLayoutSeed":1,"imageHoverAnimation":"NO_EFFECT","calculateTextBoxHeightMode":"AUTOMATIC","calculateTextBoxWidthMode":"PERCENT","textBoxHeight":0,"textBoxWidth":200,"textBoxWidthPercent":50,"textImageSpace":10,"textBoxBorderRadius":0,"textBoxBorderWidth":0,"textsVerticalPadding":0,"textsHorizontalPadding":0,"titleDescriptionSpace":6,"customButtonText":"","customButtonBorderWidth":1,"customButtonBorderRadius":0,"loadMoreButtonText":"","loadMoreButtonBorderWidth":1,"loadMoreButtonBorderRadius":0,"imageInfoType":"NO_BACKGROUND","itemBorderWidth":0,"itemBorderRadius":0,"itemEnableShadow":false,"itemShadowBlur":20,"itemShadowDirection":135,"itemShadowSize":10,"imageLoadingMode":"BLUR","expandAnimation":"NO_EFFECT","imageQuality":90,"usmToggle":false,"usm_a":0,"usm_r":0,"usm_t":0,"videoSound":false,"videoSpeed":"1","videoLoop":true,"galleryLayout":9,"gallerySizeType":"px","gallerySizePx":300,"allowHover":true,"mobileSwipeAnimation":"NO_EFFECT","gotStyleParams":true,"showVideoPlayButton":true,"selectedLayout":"9|bottom|1|fill|false|1|true","layoutsVersion":2,"selectedLayoutV2":9,"isSlideshowFont":false,"externalInfoHeight":0,"externalInfoWidth":0},"container":{"galleryWidth":2560,"galleryHeight":1440,"scrollBase":0,"height":null,"width":null}}
Have you ever had someone ask you why you go to Church or what brought you back to church?

Well, while sitting with a friend for lunch, one day, I was asked what brought me out of my spiritual aridity and drove me to be such an active member of my Church. Let me attempt to explain my journey back to God...

What brought me back to the church regularly for Sunday Noon mass was, as I admitted almost embarrassingly, the passing away of my father. This may seem odd to some, but indulge me while I put a frame around this stage of my faith journey...You see, I am an only child and getting married and leaving home proved to be somewhat bittersweet for my parents. I had always been their reason for being. For them the sun rose and set around me. Until I was born, their marital journey had proven to be a tumultuous one and the birth of their child had somehow brought serenity, love and joy back into their lives. They had what some people might label, a Romeo and Juliet, encounter. In their early teens, keep in mind that this means in the late 30s, my parents fell in love. And, as their time and culture would have it, that meant catching a glimpse of each other across the brook that ran between their homes. As you might image, theirs was a clandestine relationship, as one family did not approve of the the other and that meant there would be no chance of nuptial celebrations anytime soon! Or would there? You see, teens, those of yesterday and those of today, are very headstrong when it comes to deciding what they believe is good for them. They often find themselves in opposition to their parents and other adults, and it’s not uncommon that they rebel, some in less drastic measures than others; but nonetheless, they make rash decisions and are spurred to those decisions by the passion that is on fire in their hearts. My parents, who were on fire in-love with each other and believed there was no hope of being together, as long as they remained at home, decided they would leave Italy and set off for Canada where stories of endless love and streets paved with gold enticed them to take the plunge. Both left home on the premise that they were leaving to make a better life for themselves and both were given parental blessings as they left...separately, of course. My mother was taken to the port in Naples to board the Vulcania, a ship that would take two weeks to cross the Atlantic and land in Halifax.

The condition for her departure was that her father would accompany her to the port. As long as my father’s name was not on the roster, she could board the ship! Well, again without surprise, those two young, passionately in-love individuals had anticipated that that would happen and therefore, my dad was nowhere to be seen in Naples. He was on a plane that took him to British Columbia, where he met up with his brother and later reunited with my mother, whose final destination was the home of her eldest brother in Windsor, Ontario; and there they were married. Not an easy text message encounter, wouldn’t you agree?

My mother’s strong faith, kept her persevering in pursuit of her dream. She did not fall prey to temptations of any kind. She didn’t give in to what was easier (to marry someone that her parents wanted her to marry), nor did she abandon her faith and engage in acts contrary to her beliefs. Guided by the Holy Spirit, she was united in a sacramental marriage to the man she fell in loved with at the young age of 17 and to whom she devoted her love for the next 70 years, until my father was called home to God.

My parents had many hardships throughout their marriage, but the one that caused them the most pain, was the fact that they could not conceive children. My mother had many a miscarriage and many stillbirths. Each time a child was conceived and then would die at birth, their hope died as well. This hardened my father’s heart and he blamed God for this pain. He wanted nothing to do with the Church or God and drowned himself in hard work in order to dull that pain. The first 10 years of their marriage were difficult, to say the least, financially as well as spiritually. It was so difficult for my mother to watch my father be so angry. She prayed endlessly to God and asked St. Anthony, the patron saint of children and lost things to help find a way for her to conceive and bring into the world a child. She implored St. Anthony to whisper her petition into the ears of the Sweet Infant Jesus. She retells often of the apparition of St. Anthony at her bedside one night telling her that she would have a child and everything would be okay. This provided her with much strength to deal with a husband that had given up on God and it renewed her hope that, one day, she would have a child. The words St. Anthony spoke to her that night, were realized on January 4th, 1963, when she gave birth to a baby girl she named Loretta. By the Grace of God, happiness was restored to their marriage and they worked hard and lived a humble life together for the next 48 years. They never had any other children and my father never totally returned to the Church. Although he drove my mother and I to and from church, every Sunday, he rarely came to Mass. He was a good man with a big heart, but in retrospect, I think he never stopped grieving the loss of his unborn children. He never spoke unfavourably about God, but no matter what my mother and I said or how we positioned it, no discussion would convince him to come to church with us on Sundays. I believe he loved God, but I think he thought God didn’t love him. For some reason, he behaved as if he wasn’t worthy of happiness. He wanted happiness for everyone else, but wouldn’t let happiness dwell in his heart. I know we prayed for him and I know that in his final hours, he saw God in all His Glory, for although he could no longer speak, his eyes were the windows to his soul and his soul shone brightly and his smile gave us a gift greater than we could have ever imagined. He now knew God loved him and he had come to the end of his faith journey and it was good. When he left this world, he left for us a peace that is indescribable. We knew down to our very core, that in those last moments God had wrapped his arms around my dad and he had welcomed him home and my dad felt a love that he had never felt before. This proved to us that all our years of prayer for my dad’s conversion had been answered. God knew how much my dad needed to know, to love and to be in relationship with Him, but it wasn’t until that last breath that my dad came to know it as well. God revealed himself to my dad, and to us, in love, in marriage, in hardships and in death. We are sure that He is preparing a room for all of us when we are finally called home.

During the 30 years that we’ve been married, my husband and I have done our best to attend Mass on a regular basis; sometimes, it was Sunday morning Mass and some times it was Saturday night’s children’s Mass, depending on the kids’ hockey and dance schedule. Yet, before my dad passed away, and until we started the next stage of our faith journey by becoming actively involved with the Church, we weren’t really on fire with our love for God. However, many conditions made it easy to ignite that fire within our hearts:

1. Since my dad passed away, there were no more regularly scheduled Sunday noon lunches, so we found other times to gather together, before or after Sunday noon Mass;

2. We looked forward to hearing the wonderful homilies that our Pastor, Father Ernie De Ciccio, preached every Sunday. He was such a catalyst for our return to church. His welcoming and loving ways brought us joy whenever we were in his presence. Together with Father Justin, Father Terry, Father Paul and Deacon Dominic, we felt at home in God’s house.

3. The community at St. David’s Parish is unmistakably the most caring, compassionate, welcoming, loving community I have ever been blessed to be part of. We have made friends for life who feel like family. They bring joy, peace, love, serenity and happiness to our lives. Our social circle has become no different than our Church circle. These are a few of the reasons why we have returned to Church, but the biggest reason is because we have found the joy that being in relationship with God provides. Knowing God, responding to God and loving God brings infinite blessings to us and to all those with whom we interact. Both my husband and I are very active in our church, and that brings us so much joy! Whether our role is administrator of Youth Ministry, 3rd Degree Knight of Columbus, catechist for the sacrament of confirmation, Parish Council member or lector, we feel a connection to God that is stronger than ever before. God has become first...attending Mass no longer depends on other events in our lives, rather other events in our lives revolve around our religious obligations.

Are we done? Not yet...our faith journey continues until the day we meet our Creator, until the day that God wraps his arms around us and welcomes us home.

Forgiveness is Difficult, but Worth it

"To act justly, to love kindness, to walk humbly with our God"

God is watching us...NOT from a distance.